Colostrum-based nutrition company, PanTheryx, partners with renowned researchers to uncover the importance of how colostrum is sourced and what this means for consumers

BOULDER, Colo.--(뉴스와이어) 2020년 06월 25일 -- A newly published study from scientific researchers based at University of Plymouth, UK, Queen Mary University of London and colostrum-based nutrition company, PanTheryx of Boulder, Colorado reveals that product bioactivity/effectiveness resulting from several important quality factors plays a key role in ensuring consumers are getting the fundamental health benefits from the ingredient. It is clear from this study that not all commercially available bovine colostrum products provide the same level of bioactivity. Quality measures, consistency and careful sourcing are likely driving the bioactivity/effectiveness differences seen, especially when comparing colostrum products produced at large scale.

The authors indicate that the marked variability in bioactivity across the twenty samples is likely contributed to by differences in how quickly the colostrum is collected after birth, as well as colostrum processing and storage conditions.

“Colostrum collection on the first day is the gold standard,” stated George Stagnitti, EVP R&D PanTheryx. “As the world’s largest producer of bovine colostrum, we work hard to ensure a consistent, high quality day one product that is highly bioactive to maximize the benefits of immune and gut health.”

Colostrum is the first food produced by all mammalian mothers after giving birth. From human newborns to just calved foals, each rely on their mother’s colostrum to help them grow and thrive. Research has shown that bovine colostrum can play an important role in supporting the immune and digestive health of humans of all ages. Bovine colostrum contains important immune and growth factors and this research has shown that quality and consistency are needed to deliver a reproducible health benefit.

In this study the researchers compared twenty commercially available colostrum products from multiple countries, testing the bioactivity of the products and their subsequent effect on promoting normal gastrointestinal cell growth and movement using a recognized in vitro human cell line method. Researchers found clear differences across the tested products’ key measures of promoting and maintaining gastrointestinal barrier integrity and function.

Specifically, the testing method compared the products’ relative ability to stimulate the early phase of repair following a simulated injury by growing human gut cells in a laboratory setting and determining each product’s effect on stimulating cell migration and growth, both of which are vital processes required to cover a gastrointestinal insult area and to replenish lost cells.

In addition, the researchers used an in vivo rat gastric injury model to further confirm the in vitro bioactivity results noted in the study. When they compared the ability of a subset of samples (representing the sample performance extremes) to maintain gastrointestinal integrity in this animal model, they found major differences in gut integrity between the samples when assessed by visual inspection and microscopic assessment. This further confirms that bioactivity is a critically important measure of gastrointestinal repair and integrity.

“This is an important discovery that not all colostrum products are equal. Producers need to ensure that their product is both biologically active and consistent and not rely solely on immunoassays of IgG and growth factors for quality control, especially prior to using the ingredient in clinical trials,” stated Dr. Raymond Playford, clinical gastroenterologist and lead researcher.

Disclosures: Dr. Raymond Playford is Professor of Medicine at University of Plymouth and Vice President R&D PanTheryx Inc. Studies were sponsored in part by a grant from PanTheryx, Inc.

PanTheryx™ is a nutrition and biotechnology company committed to the broad commercialization of bovine colostrum based health and wellness solutions for the global human and animal health markets. As the world’s largest producer of bovine colostrum, PanTheryx utilizes the cellular and biomolecular processes of bovine colostrum to develop and produce a wide range of therapeutics, spanning the range of nutritional interventions to biologics. PanTheryx’s proprietary colostrum, ColostrumOne™ is nature’s superfood; designed to be comprehensive as nature intended with the important nutritional components for health and vitality throughout all stages of life. Founded in 2007, PanTheryx is headquartered in Boulder, Colorado and has production facilities in Phoenix, AZ and Ripon, CA. For more information, please visit PanTheryx.com 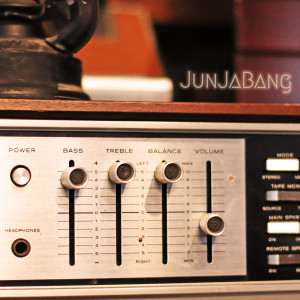